Run For Your Bun Café Opens In London 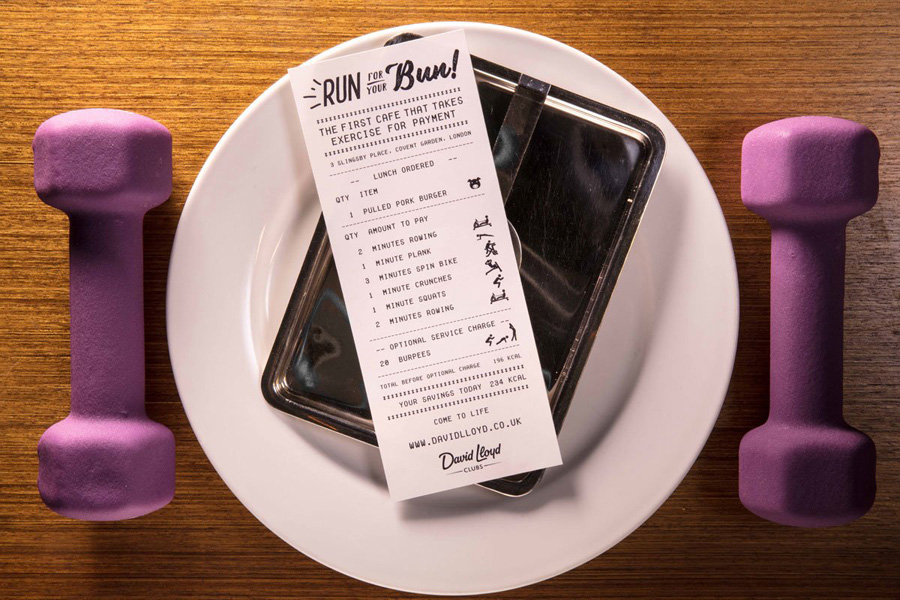 Pay As You Exercise

The World’s first fitness café has opened up as a pop up café, in Covent Garden in London, where exercise is accepted as a form of payment. The café has been opened by the fitness company David Lloyd Clubs who have a number of fitness clubs across the UK and Europe.

The average office worker spends over 90% of the working day sitting down at their desk leaving very little time to get up and exercise throughout the day, apart from little amounts of walking to the toilet and to a nearby shop or café for a quick bite to eat. Unfortunately with the busy lives we have created for ourselves, usually working through our lunches, there is a minimal amount of time to be able to exercise each day. In the Winter it is even more difficult to exercise with it being dark in the mornings and the evenings and people feeling less energised and more tired, not wanting to use the gym.

The rise in food ordering and delivery apps means that there is even less reason for workers to get out of their seat to go and physically buy their lunch, as the food is practically delivered to their desk. Almost 25% of office workers have admitted to using a food delivery app and a third of those with use it almost everyday of the working week.

David Lloyd Clubs have opened up the cafe called Run for your Bun. It is only open as a pop up café for just three days from the 11th January to the 13th January 2017. The café has been opened to encourage more workers to use their lunch break to both exercise and eat. Run for your Bun works so that you place an order of food and instead of having to pay for your food with money, you pay by exercising. Once you have completed all exercises then you will receive your order which you can either eat in or take away. 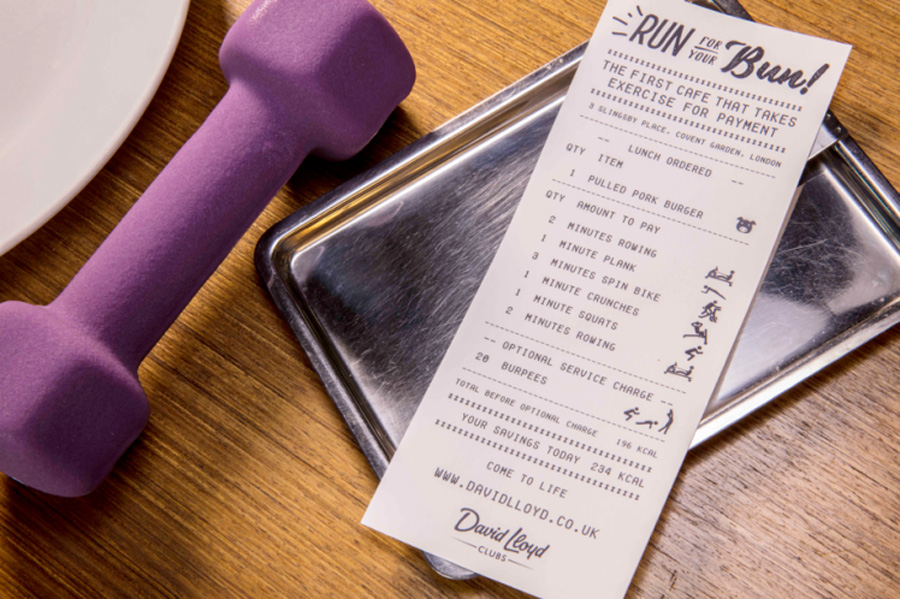 An example of this can be seen on the receipt above. To receive a pulled pork burger the customer must complete the following exercises:

A 30 second rest is taking between each exercise, but once all of the exercises have been completed that is when the customer will receive their order.

The overall aim of the Run for your Bun Café is to prove that you can exercise and eat within a lunch lunch and to show how important it is that you do use your break at work to get out and work out, even if it is just a half an hour walk around the local park or around the block it is still better than spending the majority of the day sitting at the desk.

If you happen to be in London between Wednesday 11th to Friday 13th of January why not grab your gym kit and go and see what it is all about. The Run For Your Bun Café can be found at 3 Slingsby Place, Covent Garden, London and is open from 12pm to 3pm.