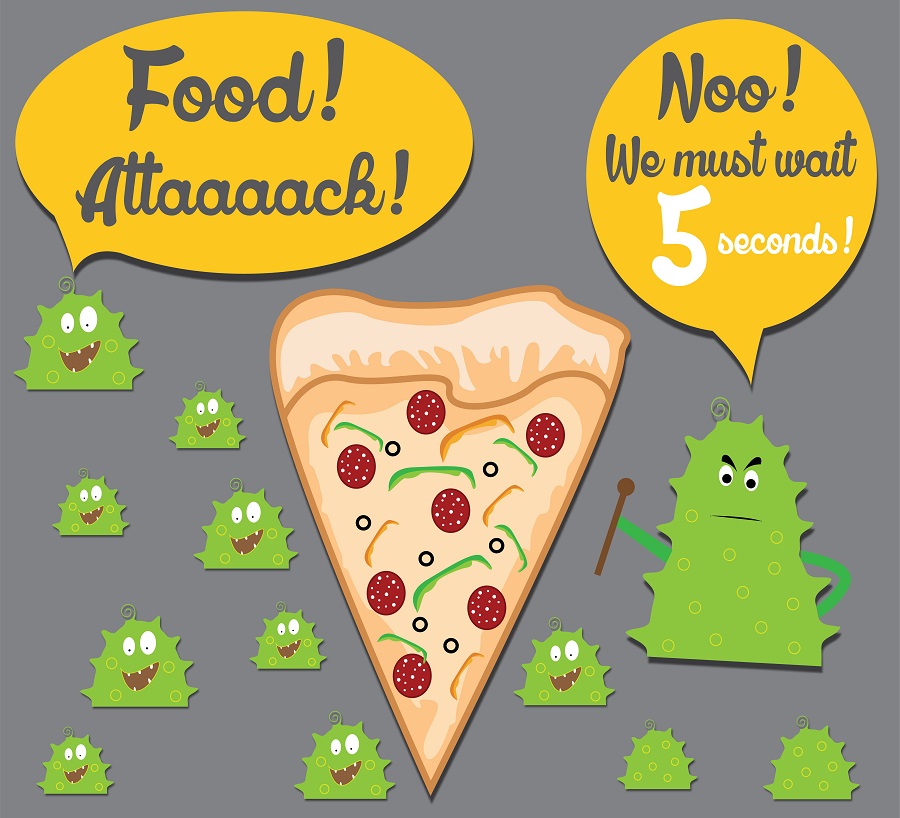 Smart Restaurants like to keep up to date with the latest news on food, restaurants and takeaway. Today we discuss the 5 Second Rule and whether it is safe to eat food which has fallen on the floor and picked back up within the 5 Seconds you are given. Over the years there has been speculation about whether the 5 Second Rule with food dropped on the floor being safe to eat is a myth or a fact. Scientists have now tested this and have found that food dropped on an indoor floor which is picked back up within the 5 seconds is relatively safe to eat,  and that 5 seconds isn’t long enough for any harmful bacteria to get onto the food, however food which has been dropped on the floor can never be 100% risk free as it all depends on how clean the floor is and what type of food has been dropped.

The Cleanliness of the Floor

The type of floor that it has been dropped on also plays a part in how safe the food is to eat, if it is a hard floor which is cleaned regularly then there should be less dirt on the floor, whereas if it is a thick carpet dirt and bacteria can live longer in the material of the carpet and carpet is not as easy to physically clean as hard wooden or laminated flooring.

The Type of Food

Wet and sticky food will always pick up more dirt that dry food, for example if you drop a piece of toast on the floor with jam there is every chance that dirt has stuck onto the jam and it may be best to throw this away and make yourself a fresh piece of toast with jam. If it is a crisp or piece of chocolate with no visible dirt or piece of fruit which can be washed then this is usually okay to eat.

Your Choice Whether to Eat it or Throw it Away