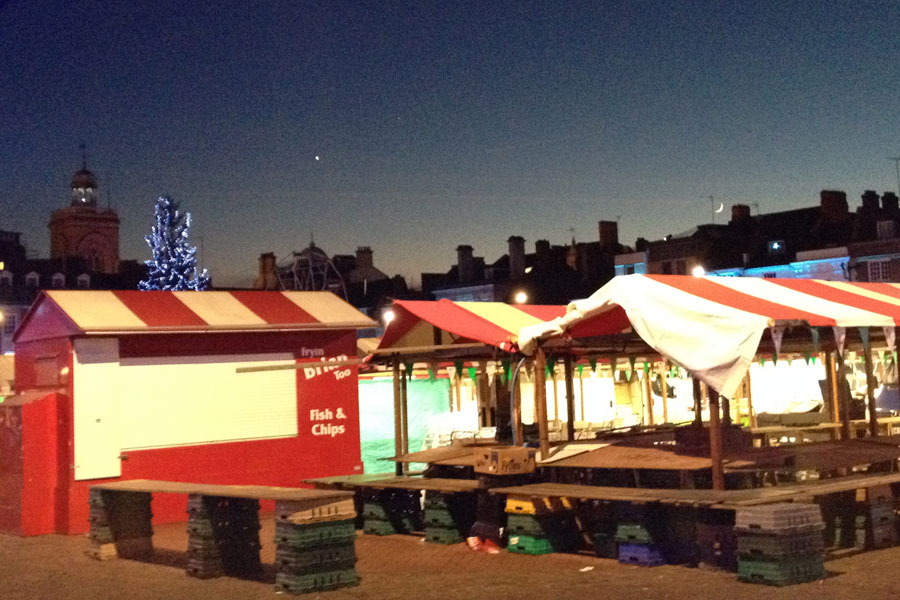 The Christmas lights will be switching on in Northampton on Thursday 20th November 2014. The event will take place at the Market Square in Northampton town centre and is being hosted by Stewart and Natalie from the Heart Radio Breakfast Show. The event will start at 5.30pm and will consist of entertainment such as carol singing to get everyone into the festive spirit. The Christmas lights will be turned on at 6pm by the celebrity guest star Joe Pasquale who is currently performing at the Royal and Derngate theatre in the Peter Pan pantomime as Captain Smee.

Following on from the turning on of the Christmas lights at the Market Square in Northampton town centre, the German Christmas Market will open up for business and will stay open until the 21st December 2014 from 10am until 9pm each day. For the opening day on Thursday 20th November the market will be open from 6pm until 9pm. The Northampton German Christmas Market is a great place to go to experience the tastes of Germany. Many stalls will be serving traditional German food and drink. German sausages will be sold along with potato cakes, crêpes and gingerbread. Traditional German beer will be sold along with honey wine and mulled wine.

The German Christmas market will have 24 stalls in total and along with the traditional German food and drink which it will be selling it will also have a variety of stalls selling unique gifts which are perfect for Christmas such as jewellery and candles.

The famous Coca Cola Lorry will be visiting Northampton on Wednesday 17th December 2014 in St Giles Square. When you first see the Christmas Coca Cola lorry, whether it’s on the road, on the television or in your local town you know that the “holidays are coming”. Don’t miss out on seeing the Coca Cola lorry in Northampton and go and help yourself to a refreshing drink of Coca Cola whilst you have your picture taken in front of the famous red lorry.